At Made From RI we have the Rhode Island made Constitution With Quill Ornament. Symbolizing the signing of the US Constitution as an ornament. The United States Constitution has served as the supreme law of the United States since taking effect in 1789. The document was written at the 1787 Philadelphia Convention and was ratified through a series of state conventions held in 1787 and 1788. 100% handmade ornament. Size 3.9 in x 3.4 in. (see more by selecting the photo link below). 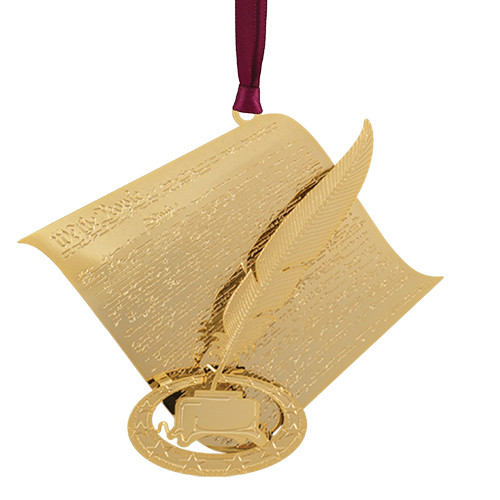 For more information on Constitution Day, we have provided some further resources below: